Too many piano students spend countless years practicing, often with only the vaguest idea of what their goals are. Yet it’s an axiom of success that achievement in any area, including piano playing, is amplified by formulating precise, detailed goals.

The Importance of Writing Down Your Goals

There is a (possibly apocryphal) research study that exposed the relationship between how goals are stated and the likelihood of achieving them. People who state a goal beginning with “I’ll try…” rarely accomplish it.

Slightly better is stating a goal beginning with “I can….”

Even more efficacious is beginning with “I will….”

But the most effective way of stating a goal is “I will (and I have a written plan)….”

Whether this study actually exists or not isn’t important, for it pithily states what is already well-known about people who consistently achieve their goals:  they write them down.

There are many ways to articulate a goal. One of the most popular is the SMART format:  specific, measurable, achievable, results-focused, and time-bound. For example, an aspiring pianist might write:

By December 31, 2017, I will enter two statewide piano competitions and play to the best of my ability in each. My plan is….

Whether or not you use the SMART format, the most important thing is to make your goal measurable and choose a reasonable deadline. 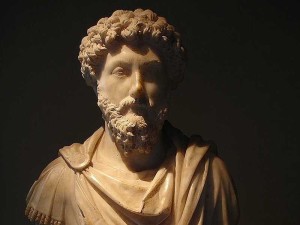 Just about every major goal comes with a series of smaller goals that must be accomplished in order to achieve the major goal. The next step is to figure out these subgoals and write them down.

Each of the subgoals, in turn, will only be achieved through the completion of a series of tasks. Divide the tasks for each subgoal into small-enough segments so that each task can be completed in one sitting without a break – perhaps 1-3 hours.

Formulating and writing down your musical goals makes it much more likely that you’ll achieve them. With your goals, subgoals, and the tasks to achieve them all written down, all that’s left to do is begin. There is only the next task. What will you do today?