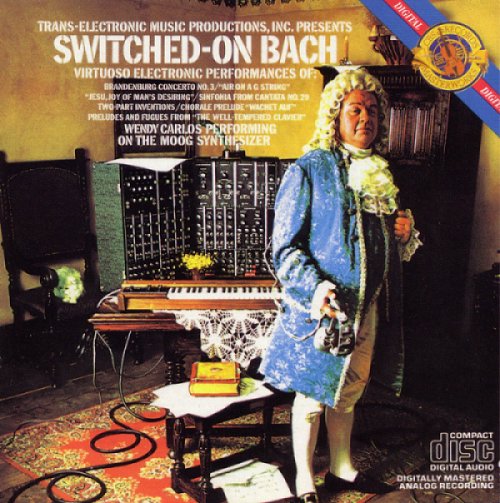 When it was first released, not all reviews were favorable. Some critics felt that recording Bach on a synthesizer trivialized his music. But Glenn Gould, the 20th century pianist who helped prove the piano’s relevance for Bach’s keyboard music (instead of the instruments Bach actually wrote for), said of the album:

“Carlos’s realization of the Fourth Brandenburg Concerto is . . . the finest performance of any of the Brandenburgs – live, canned, or intuited – I’ve ever heard.”

Carlos’ album went on to sell over 500,000 copies, one of the first classical albums to do so. It wound up winning three Grammy Awards, including Best Classical Album and Best Classical Performance of an Instrumental Soloist.

Not bad for an album that so radically combined yesterday’s music with what at the time seemed like the “musical instrument of tomorrow” – the Moog synthesizer.

Get your groove on … with Bach!